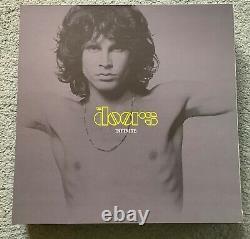 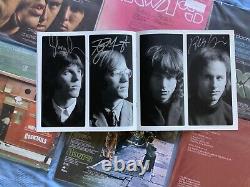 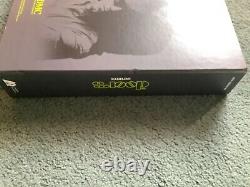 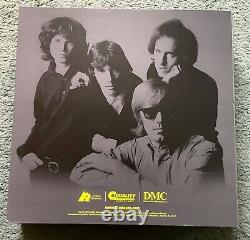 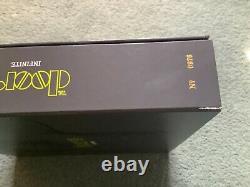 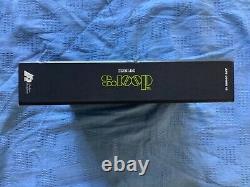 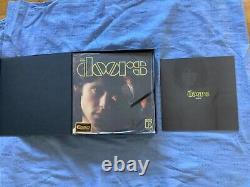 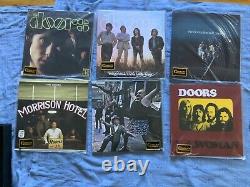 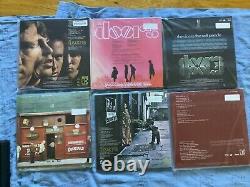 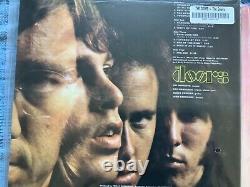 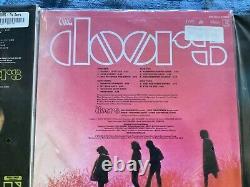 I will preorder for my self. I checked the signature with others I have and online references.

If you know the back story John was not happy with Ray & Robby so to get the 3 of them to agree to sign this must have been some feat. If you are looking I think you know most of the details of this set 45 rpm etc. Analogue Productions and Acoustic Sounds bring you The Doors the band's six Morrison-era albums, all 45 RPM double LPs, in a box set.

Box sets limited to 2,500 numbered copies. All remastered from the original sources by Doug Sax and The Doors original engineer Bruce Botnick. LPs pressed at 45 RPM by Quality Record Pressings! Booklet included featuring 19 photographs and a 2,700-word essay by The Doors biographer Ben Fong-Torres, esteemed rock journalist and former Rolling Stone editor. All packaged in a textured, fold-over box. The box has 3/4 inch rip as can be seen in picture 5 by the limited number this is the flap that has a magnetic close.. Also a very slight dent on the seam under the word infinite which would be the left side seam as seen in picture 6. That about covers the condition it is not in my opinion a sturdy box for the weight of the contents.

ALBUMS ARE SEALED NEVER OPENED ONLY REASON THE SHRINK WRAP IS REMOVED WAS FOR THE SIGNATURE... The item "The Doors Infinite 6 Album Box Set #976 SIGNED BY RAY, JOHN, ROBBY" is in sale since Wednesday, December 2, 2020. This item is in the category "Music\Vinyl Records".